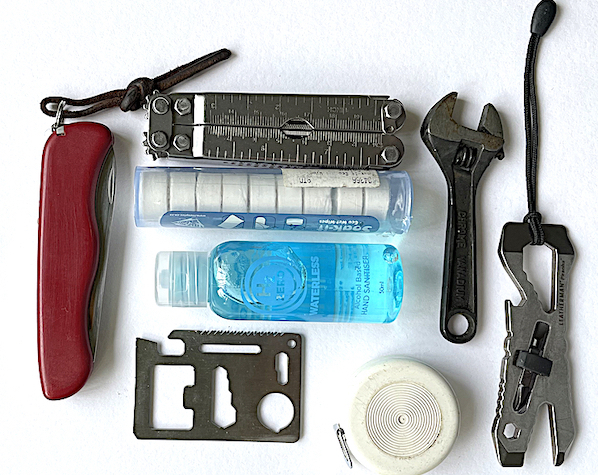 My friends initially laughed when I turned up at a local coffee spot on the Braamfontein Spruit. We walked from the western side of Delta Park to the top section past some scenic dams and then cut back and walked up the river where we would have lunch. Around an 8 Km stretch which we would do at a good pace. Why you may ask did they laugh? Well, I came with a daypack filled with a variety of items, they thought it was a bit of an overkill for what to them was a walk in the park.

The reality is I am not a worrier but I like to be prepared for most things that can arise.

So over coffee with much laughter, I unpacked the daypack and they looked at the contents. Bear in mind to me these were emergency minded essentials.

The first item was a torch which drew much laughter. They quickly stopped when I showed them that it was not only a torch but also a power bank suitable for recharging a cell phone, the strobe function could be used for signalling in an emergency.

Whilst they understood the first aid kit they felt that it was unnecessary seeing that we were surrounded by houses and near shops. It is not a big kit but can cope with most things that could go wrong on the hike. Think blisters, sprains, headaches and allergies. There is enough to treat a few people if necessary. Despite it being compact. And lightweight to boot!

The hydration bladder takes 2 litres and on top of that, I take 500 ml of cold water in a small flask. You can never have enough water and it helps if you have to wash a cut or abrasion. There is water in the Delta near the ablutions but not on our route. The raincoat was also laughed at as no rain was forecast. Yet it is compact and fits in a small pouch and weighs virtually nothing. It is great in a shower and yes I have used it when walking the Delta before.

I also carry a small tin which normally resides in my car but moved it to my daypack as I felt the contents to be useful, they are;

By the time we reached our lunch venue what had we used? Well, I treated a blister using the first aid kit. This required a plaster and a sterilised wipe. Left untreated it would have been painful as the skin had broken. Oh and let’s not forget the knee that was strapped after having twisted in a rut. Then the toothpicks were used as the lunch venue had none to offer. No joking followed over lunch.

We do this walk at least once a month alternating the route. The next time we did it I noted ( but did not comment ) two additional daypacks and some trekking poles. 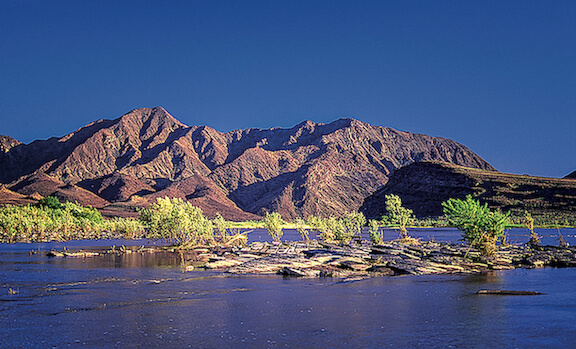 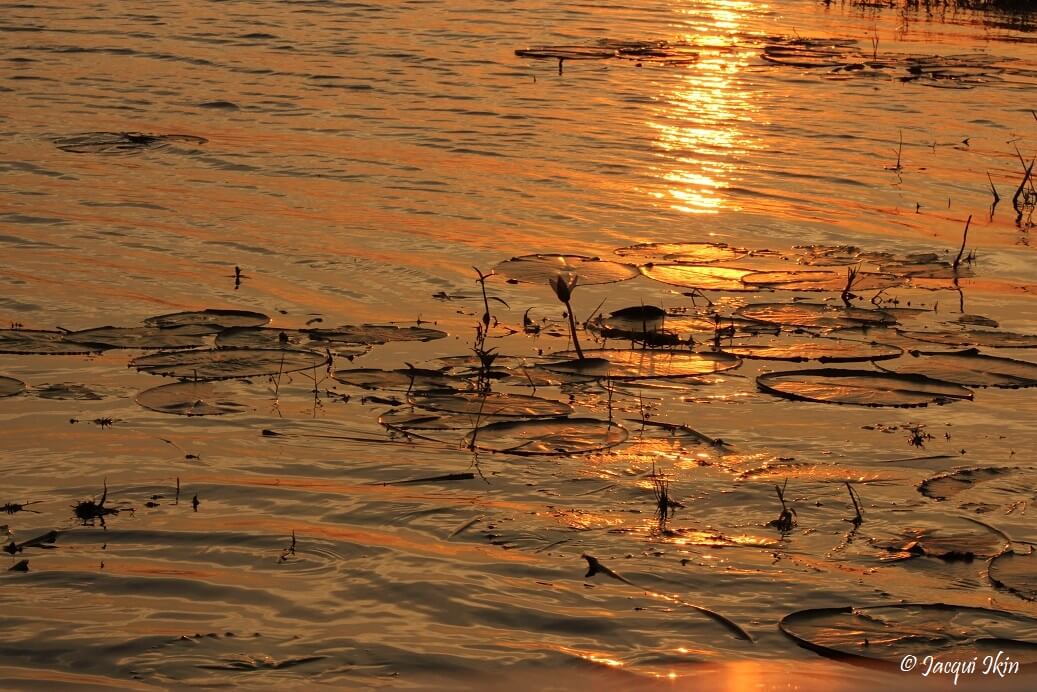